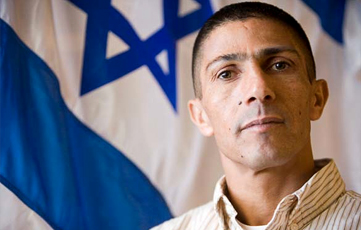 Mr. Ishmael Khaldi is Israel’s first Bedouin diplomat. Born and raised in the Bedouin village of Khawalid in the Western Galilee, Mr. Khaldi served in the IDF and the Israeli Police. He joined the Foreign Ministry in 2004, and served as the Spokesperson to the Arabic media during the Disengagement from Gaza and as the Deputy Consul General in San Francisco, as well as Policy Adviser to the MFA Minister. This past November, he assumed the role of Acting Israeli Consul General in Miami.

Mr. Khaldi will speak during Shabbat services in Main Sanctuary.