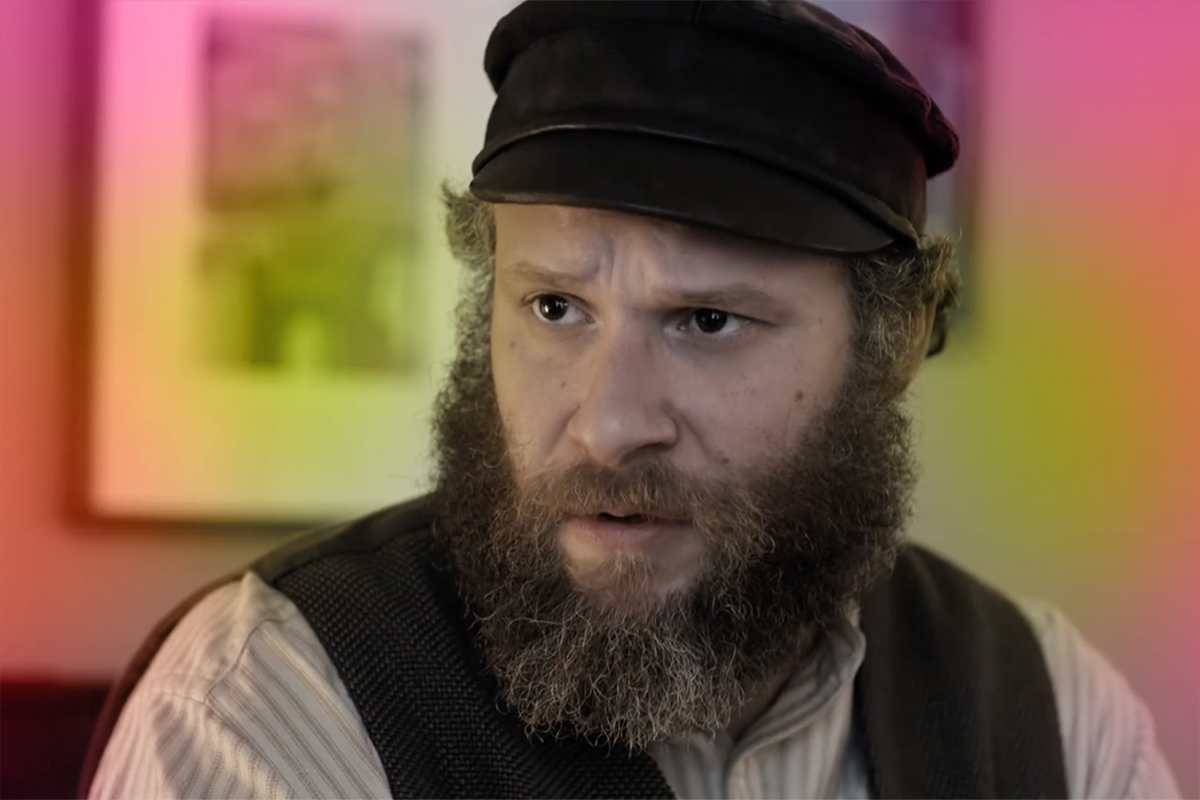 Discussion with Rabbi David Steinhardt- Seth Rogen’s Podcast Interview
and movie “An American Pickle”
Monday, August 24 at 8:00PM
Recently Seth Rogen released a film called “An American Pickle” to some pretty good reviews. It is being hailed as perhaps the most Jewish American film ever made.
Two weeks before the release of the film, Rogen together with podcaster Marc Maron released a conversation that reflected their perceptions of Judaism, antisemitism and Israel.  It received tremendous push-back and critique.  Please Join Rabbi Steinhardt, Cathy Berkowitz & Naomi Gordon for a discussion.